As one of the longest standing independent record labels in the US, Nervous Records has built its reputation through a willingness to take chances on new sounds and new producers.

The label was famous almost immediately when it started back in 1991 because of its eye-catching, very distinctive cartoon character logo. Nervous’ first major dance release came in 1992, with “Feel Like Singing” by Sandy B. Nervous decided at that point to focus its energy on expanding the label’s musical field. The label’s first step outside the house music arena was with the Brooklyn, NY-based rap group, Black Moon, whose single “Who Got Da Props?” virtually put Brooklyn back on the map as a center of hip hop.

Nervous eventually released the debut album from Black Moon and Smif N Wessun, titled “Enta Da Stage” and “Dah Shinin” respectively. Both albums are now widely considered two of the most significant hip hop albums in the entire genre, and are top ten on most lists of the greatest East Coast Hip Hop Albums.

Nervous decided to continue to expand its musical boundries in 1993 by signing Mad Lion, which would be the first reggae artist on the Weeded imprint. Once again, there was huge success as Mad Lion’s single “Take It Easy” sold over 250,000 units.  Meanwhile, the Nervous merchandise continued to produce massive sales numbers as it established itself as one of the most favored t-shirts for the youth cultures of America,  Japan, and many European countries.

In 1994, the label decided it was time to move into the electronic genre, and signed Josh Wink, who went by the artist name Winx. While Winx’s debut release was a critical success although not a major seller, Winx’s follow-up release “Don’t Laugh” became the American dance community’s most talked about single, and ended up selling several hundred thousand units worlwide.

In 1996, Nervous virtually single-handedly created a garage house music revival by releasing the debut solo artist album by house music legend Byron Stingily. Byron was formerly the lead singer of gold-selling group Ten City. His second single on Nervous, “Get Up,” went to number one on dance charts around the world, including the Billboard Magazine club chart in America.

The label also has had many successful tours over the years. One of the biggest was in 2000, when the Nervous tour was sponsored by Playboy Magazine and KAMEL cigarettes, and featured DJ’s Jackie Christie, Razor-n-Guido and DJ Escape, along With PA’s by Nervous artists Byron Stingily, Charlotte And Kim English. In addition, Nervous created what became one of the Winter Music Conference’s most original Parties, the Nervous After-hours breakfast at Denny’s, which featured an International list of dj’s entertaining conference attendees at 5:00 AM while they ate their grand slam Denny’s breakfast.

In 2000 and 2001, the energy tribal sound dominated the US club and Nervous gave America’s club-goers four of the its most dominant anthems, “Skin” by Charlotte, “Ssst…Listen” by Jonah, “Unspeakable Joy” by Kim English and “Dive In The Pool” by Barry Harris featuring Pepper Meshay.

As the hits grew in number, so did the value of the catalogue for sampling purposes. Nervous songs have been sampled in major hits by Mariah Carey, New Edition, Coolio, Flip Squad, Basement Jax, George Michael, Soulsearcher and more.

In 2006 Nervous gave the US one of the biggest dance radio records with “What A Feeling” by Peter Luts & Dominico, a track which won the 2007 WMC award for Best Euro Dance track. In addition, Nervous delivered the most memorable US underground track of the year with Ralph Falcon – “I Need Someone”, which was also number one club record of 2007 according to Billboard Magazine. 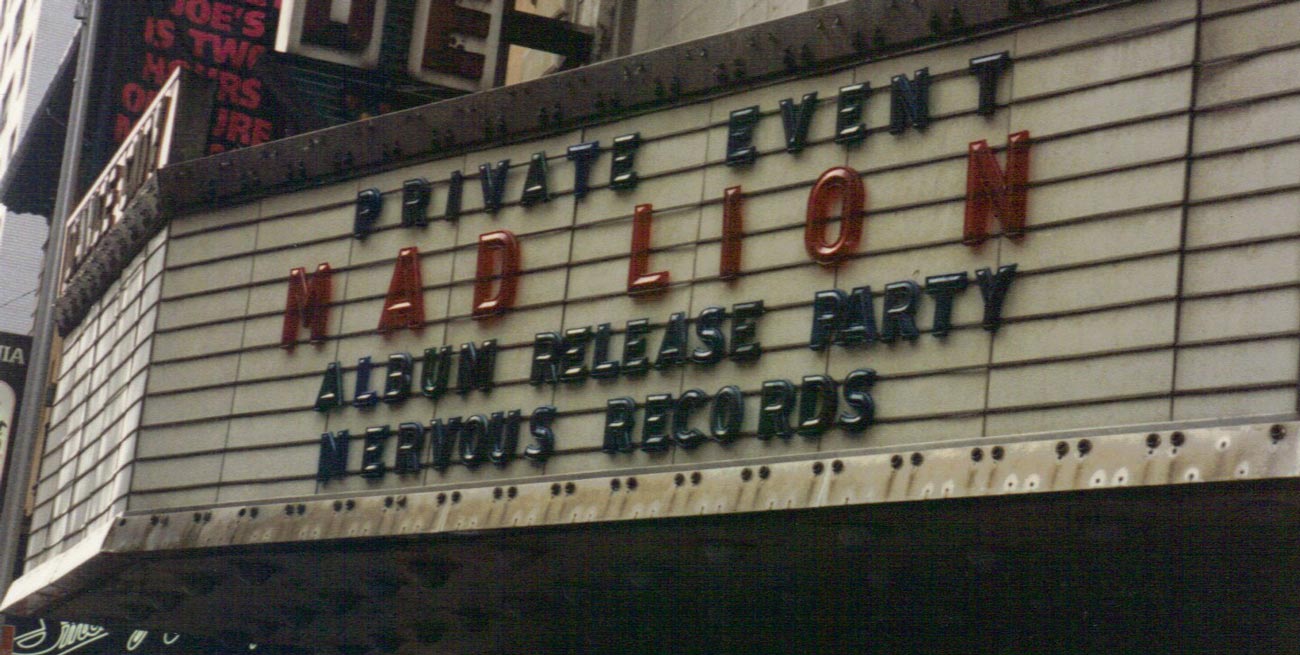 In 2008 Nervous had two of the top five most played records of the year at dance radio, with Bellatrax feat. Sophia May “I Can’t Help Myself” and “Every Word” by Ercola featuring Daniella, and ended the year as the two most played label at dance radio in the USA according to Billboard Magazine.

In the grand tradition of Nervous launching sub-labels to embrace the next sounds to take over Nitelife … In 2011 we launched Nurvous Records. With the Indie Dance / Nu-Disco sound that has erupted from England and is now barreling towards full speed in America, one of our primary goals is to provide innovative homegrown style; and bringing back emotion to the music, squashing the over-commercialized big-room invasion.

Nervous was right in doing so, as it brought home the 2011 IDMA Award for Best Indie Dance / Nu-Disco track for “Just Let Me Dance (Maxxi Soundsystem Remix) by Scandal. 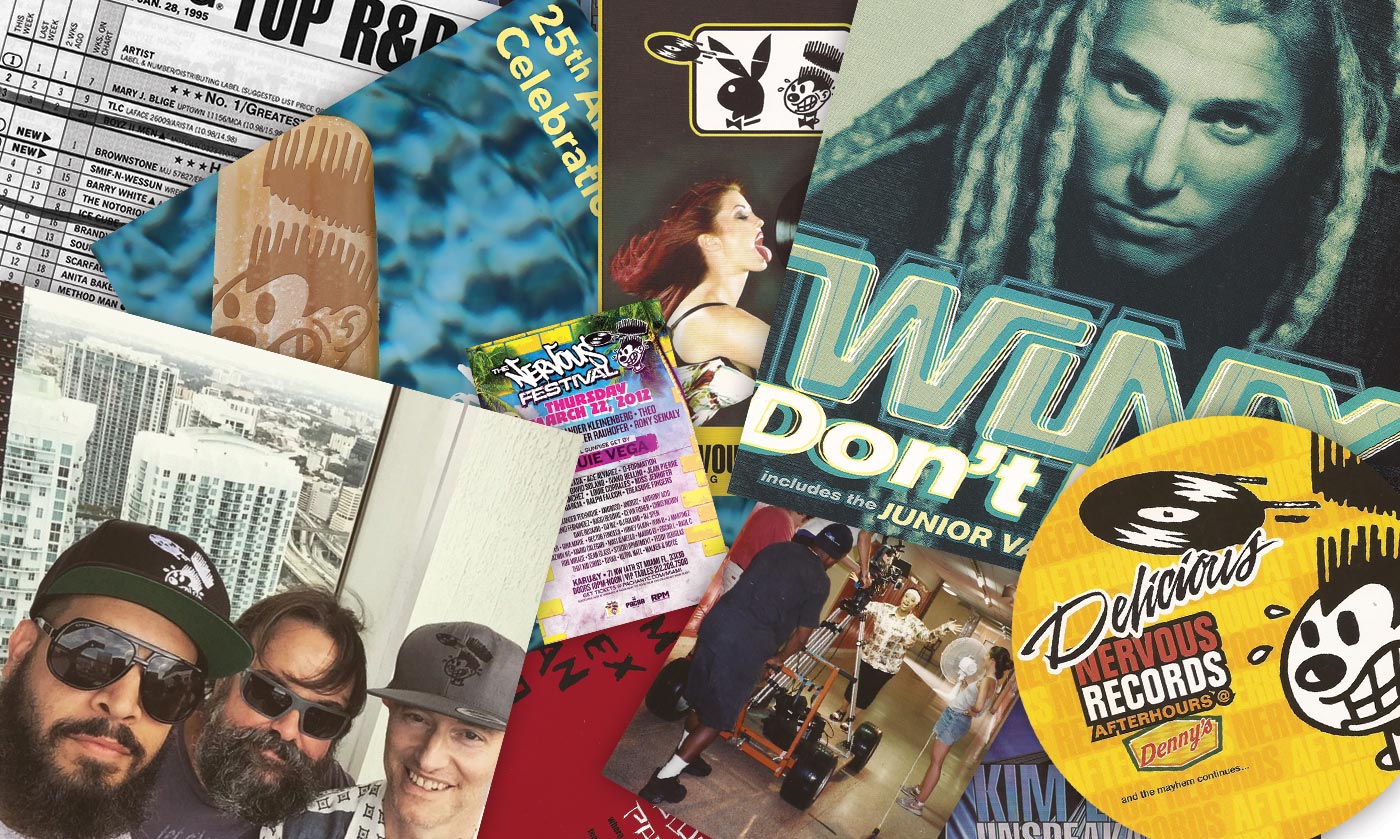 In the past few years Nervous has linked forces with Miami’s premier House Music Brand Murk Records. Acting as distributor of Murk and releasing 6 outstanding albums from Oscar G, along with his anthemic singles “Back To You,”  “What You Need,” and “Your Love.” Nervous has also collaborated with Oscar in producing one of Miami Music Week’s most important annual events The Made In Miami Pool Party.