Don’t let Pablo Ceballos’ baby face trick you. The internationally-renowned DJ/Producer has been moving dance-floors all over the world for more than 25 years. Born in Madrid, Spain, Pablo was

Don’t let Pablo Ceballos’ baby face trick you. The internationally-renowned DJ/Producer has been moving dance-floors all over the world for more than 25 years. Born in Madrid, Spain, Pablo was fortunate to know his passions in life early—music and technology. Combining the two, he created his first electronic demos at the age of 16, and released his first record at 20.

In 2000 Pablo teamed up with DJ Chus to form Chus & Ceballos and launch Stereo Productions. The rest is history. Chus & Ceballos became one of Spain’s most celebrated and globally-successful electronic music artists. Over the last two decades they have released hundreds of original tracks and remixes with some of the most respected labels and artists in the world, including official remixes for Madonna, Shakira, Yoko Ono, and many more. They’ve played over 1000 shows in more than 60 countries, enjoying featured spots in some of the best and biggest electronic music festivals on the planet.

On the heels of all that, Pablo recently launched his US-based solo career, returning to his roots as a ‘storyteller’ and combining the power of vocals, melodies, driving rhythms and his signature sound layering in a highly personal and creative way. This is a space in which he feels he can best take people on a musical journey that’s rooted in his own inner truth, a journey that starts in the body but activates heart and spirit. Pablo’s passion, empathy with the crowd, and love for what he does, continues to bring life and light to the dark rooms where he enjoys to play.

Roof 14B is an outdoor venue that features some of NYC’s most spectacular views of the Hudson River and Statue of Liberty, and affords attendees a 360 degree view of New York. For this special event featuring some of the world’s premier DJ talents we will be bringing in state of the art sound (Stacks!) and lighting.

This event is produced by Benny Soto of Dance.Here.Now, Mike Nervous of Nervous Records and Jonpaul Pezzo of Trust Us Entertainment.

Purchase of ticket guarantees entry / No refunds / Rain or Shine event You will be assigned a section / table for your GA admission Masks and other NYS guidelines will apply Proof of vaccine required or negative test taken within 48 hours
All attendees must present a valid state issued ID. 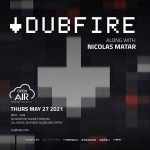 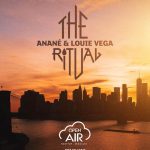