Legendary UK DJ Steve Lawler closing out MDW in NYC with his debut appearance at SR Rooftop. A child of the acid house generation, Steve Lawler has been busy with the

A child of the acid house generation, Steve Lawler has been busy with the beats long before genres were but a twinkle in clubland’s eye.

You would be hard pushed to find a more in-form, in-demand and talented artist as Steve Lawler. Regarded as highly by his industry peers as he is by his huge global base of musically educated fans, Steve has been busy with the beats long before genres were but a twinkle in clublandʼs eye. An electronic artist who defies generic boundaries, he began his career organising the infamous motorway raves back in the early 90s underneath the M42 motorway. As a producer, his releases have been signed by some of the world’s most established recording labels. R&S Records, Systematic, Drumcode, Harthouse, Cocoon, MBF, OVUM, Sci+Tec, Tsuba, Be As One, Kostbar, Soma, Hot Creations, 8bit, Moon Harbour, Knee Deep, Play it, Say it and of course his own recording label VIVa MUSiC. VIVa MUSiC, which is now celebrating its tenth anniversary, has quickly earned a reputation for breaking new talent; it’s released tracks by such artists as Jamie Jones, Reboot, Audiofly, Simon Baker, Davide Squillace, Bushwacka, Livio & Roby, Ilario Alicante, Tiefschwarz, Waze & Odyssey, Doorly, Denney, Christoph and of course Lawler himself, amongst many others. VIVa MUSiC releases frequently find their way into the record bags of dance music’s highest profile tastemakers. As an A&R, artists like Detlef, Denney, Leftwing & Kody, Simon Baker, Audiofly, Leon, and Livio & Roby could all tell you about the support, encouragement and opportunities Lawler has given them. VIVa MUSiC works as a culmination of everything thatʼs gone before; from putting on the aforementioned illegal raves, to his residency at super club Cream back in the mid 90ʼs and the success story of his 7 year residency at London’s The End. Whilst nobody could question his underground credentials, Steve’s talent as a producer has also led him to remix high profile artists such as Jamelia, Dido and Justin Timberlake. As well as recording a track for the blockbuster horror movie by Ian Softly, ʻThe Skeleton Key’, Heʼs released some of the industryʼs most well-known mix series such as the ʻDark Drumsʼ ʻLights Outʼ and the ʻVIVa Series’. Bringing his well-honed selection skills into 2016, Steve has now begun his own monthly radio show, NightLife Radio. Allowing him to champion the latest and best underground artists he’s discovered in the Who’s Hot and What’s Hot section, Steve also provides a live recording from one of his recent sets in each show. Steve held a triumphant residency for nine years at the Balearic club Space in Ibiza, where he earned himself the nickname ‘The King of the Space’. His VIVa Nights residency where Steve played from doors open to doors close at The End in London consistently sold out for its 7 years span, and his residency at Londonʼs Home Club was one of the infamous venueʼs biggest success stories. Now, VIVa Warriors – now known simply as ‘Warriors’ – is most well-known for being the flagship night of Sankeys Ibiza. Held every Sunday of the season, VIVa first moved to the club in 2012, and has since pulled in huge names like Eats Everything, Skream, Derrick Carter, Groove Armada, Tiga, Pete Tong and Hot Since 82. The diverse lineups, alongside Steve’s status as the original Ibiza resident, continue to draw in the biggest crowds of the week to the club. Steve’s love of DJ’ing on the island means that between his Sundays, he can also often be found behind the decks of Paradise or elrow. He’ll also occasionally be taking breaks from Ibiza to grace some of Europe’s biggest festivals; Lovebox, Eastern Electrics, Creamfields and Parklife in the UK, as well as Hideout in Croatia and Lost and Found in Malta, are just some of the dates lined up for this summer. The touring doesn’t slow down outside of the Ibiza and festival season; last winter saw Steve play at Coda, Output, Spy Bar and Mana Wynwood in the US and fabric in London, as well as touring across South America and central Europe. Steve’s incredible career recently became the subject of a new dance music documentary, ‘The Art Of The DJ’. Directed by Piers Sanderson – who is well known for the 2010 acid house documentary ‘High On Hope’ – the 80 minute film chronicled his ascent through dance music’s tumultuous formative stages, before reaching his current status. Steve’s story makes for a fascinating insight into the genre, whilst showcasing the extent of his skill as a DJ. Dynamic, driven and obsessed with performing as well as he possibly can. Steveʼs passion for house, techno and electronica is too strong for one simple generic association, and right now his message is louder than ever. Over twenty years deep and Steve Lawler isnʼt just at the top of his game, heʼs pushing the boundaries of what a DJ can do – both technically and creatively – as an artist and as a successful label businessman.

14B 53rd Street, Sunset Park, Brooklyn. Doors 4 pm to Midnight. SR Rooftop is an outdoor venue that features some of NYC’s most spectacular views of the Hudson River and Statue of Liberty, and affords attendees a 360 degree view of New York. For these special events featuring some of the world’s premier DJ talents we will be bringing in state of the art sound (Stacks!) and lighting. Purchase of ticket guarantees entry / No refunds / Rain or Shine event. All guests must provide a valid state issued ID. 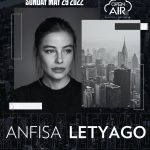 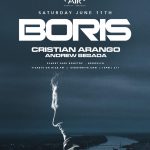