Been an amazing summer at Open Air Brooklyn at Sunset Park Roof! To close it out we are happy to bring in a man who has been making New York

Been an amazing summer at Open Air Brooklyn at Sunset Park Roof! To close it out we are happy to bring in a man who has been making New York dance for decades! Mark Knight Open To Close for the Summer Finalé!

Sunset Park Roof (formerly SR Rooftop) is located at 14B 53rd Street, Sunset Park, Brooklyn. Doors 10 pm – 4 am. This is an outdoor venue that features some of NYC’s most spectacular views of the Hudson River and Statue of Liberty, and affords attendees a 360 degree view of New York. For this special event featuring some of the world’s premier DJ talents we will be bringing in state of the art sound (Stacks!) and lighting. Purchase of ticket guarantees entry / No refunds / Rain or Shine event. All guests must provide a valid state issued ID.

MARK KNIGHT
In a world where music is often limited to genre handles and buzz sounds, Mark Knight has proven a rare and wonderful breed of integral house heavyweight. With a career spanning more than a decade and a solid reputation on both the digital market and..
Armed with a musical library that knows no boundaries, a consistent run of hits and chart-topping ventures alike, the success of Knight’s recording career is matched only by the credibility and integrity maintained throughout his discography to date. Heard through a spread of popular releases (‘Man With The Red Face,’ ‘Alright’) and high profile remixes (Basement Jaxx, Chris Malinchak), further work alongside both Faithless and Underworld has sealed a diverse musical heritage for the accomplished producer. It’s music for passion, not numbers, and it’s what Mark Knight does best.

Ten years strong and responsible for championing a wealth of talent from across the industry spectrum, the award winning Toolroom Records remains a key component in the life and times of Mark Knight. Having spearheaded the label’s new direction over the past 2 years as part of their pivotal #RESET campaign, Knight continues to have a leading role within one of the UK’s biggest independent record labels. Toolroom and its new sub label, Toolroom Trax have also provided the vehicle for a string of releases from the head honcho in the past 12 months.

2015 began with a bang for the inexorable Mark Knight as he debuted his new EP Suzee alongside fellow Toolroom man Adrian Hour, a marker for the club orientated records to come. Followed up in February by the powerhouse ‘Ironing Man’ (the kind of energetic tech house bomb Knight has become synonymous with) it was already looking like a landmark year for the UK based producer.

The new music continued in April with his very first release on Spanish label Suara, a remix for label head Coyu and Ramiro Lopez’s much loved Y.E.A.H! The release served as a neat precursor to the summer anthem that was Second Story, a dancefloor weapon from Knight incorporating some of his long stated disco influences. Second Story also caught the eye of the BBC’s chief tastemaker Pete Tong who dubbed it his Essential New Tune in June, another welcome recognition from the national broadcaster for Mark Knight following his induction into Radio 1’s Hall of Fame earlier in the year.

Alongside his bountiful studio output, Knight has continued to grow his much loved radio presence, with Toolroom Radio now reaching over 13.5 million people in 60 countries across the world, all tuning in each week to hear Mark’s records of choice. Knight also remains a firm fixture on the worldwide touring circuit with a number of key residencies around the world under the Toolroom Live banner and performances at dance music bastions Space Ibiza and Amnesia as well as a host of landmark festivals. With all this in mind, it’s no wonder the Toolroom man has deservedly maintained his status as an indispensable asset to modern dance music. 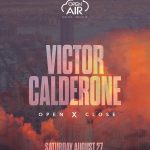 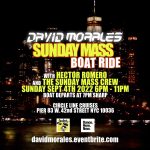